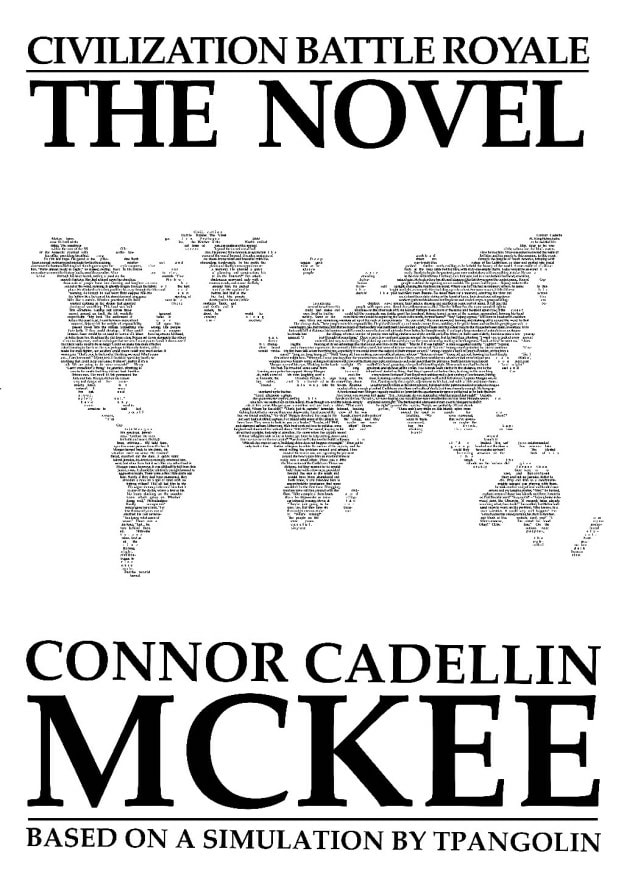 A novelisation of the Civilization Battle Royale, a simulation with 61 AIs in control of nations battling it out for global domination. The main game was organised by the community over on Reddit. This is my adaptation of the Mk II, which currently holds the Guiness World Record for most followed strategy game.

Running on a heavily modified incarnation of Sid Meier’s Civilization V, the simulation ran from August 11th, 2015 to December 11th, 2018. In its long run, the game evolved into so much more than that. Within the simulation, the warfare, political kniving and religious conflicts boiled for almost six thousand years, with the world contested between multiple juggernauts.

Following talks in the summer of 2016, I agreed to work on the official novelisation of the project. The prologue launched on October 12th, 2016, and from then onward I released one chapter a week, every week, entirely for free. After 120 chapters, the book concluded with the release of the epilogue on February 7th, 2019. A final edit with artwork was then released on August 21st.
​
Below, you can download the entire book thus far for browsers or eReaders. For kindle users, the MOBI or PDF releases are the ones for you.
mobi – epub – pdf
The Civilization Battle Royale community being the amazing thing that it is, an audiobook version of the first 14 chapters of the novel is also available.

I also narrated episode 20 of Civilization Battle Royale X, the next game after the above one concluded. You can find that over here.
Powered by